A play which one journalist described as: "disgusting, pornographic, sexist and misogynistic".

A play for which several angry letters were written.

A play that received some five-star reviews.

A play that has won the John Whiting Award and the Total Theatre Award, in 2010.

A play during which, 10% of the audience left the theatre during the performance.

A play, during which, one audience member fainted.

But also a play where more than 13,000 audience members stayed to watch it to the end, listened and thought and felt and engaged with its difficulties.

A play that broke the box offices wherever it was performed.

A play that is rude, without TV actors.

A play that provoked debate, controversy and intense time-consuming arguments.

"The Writer" is about violence and domestic abuse. In essence however, it talks about the violence that we all have within us and the voyeuristic mood of the viewer. It talks about our responsibility as viewers to what we choose and like to see, no matter how unpleasant, no matter how violent, no matter how shocking. It is a story of hope, violence and exploitation. A theatrical experience that lets no one off the hook, opening the eyes of the audience and showing them what they should already be seeing, the obvious : we all have a choice.

The show was performed at the Vault Theatre Plus

Contains material that may be disturbing. Recommended for ages 18+.

*The play was presented for the first time in Greece in 2011 by "Theatre of Neos Kosmos". 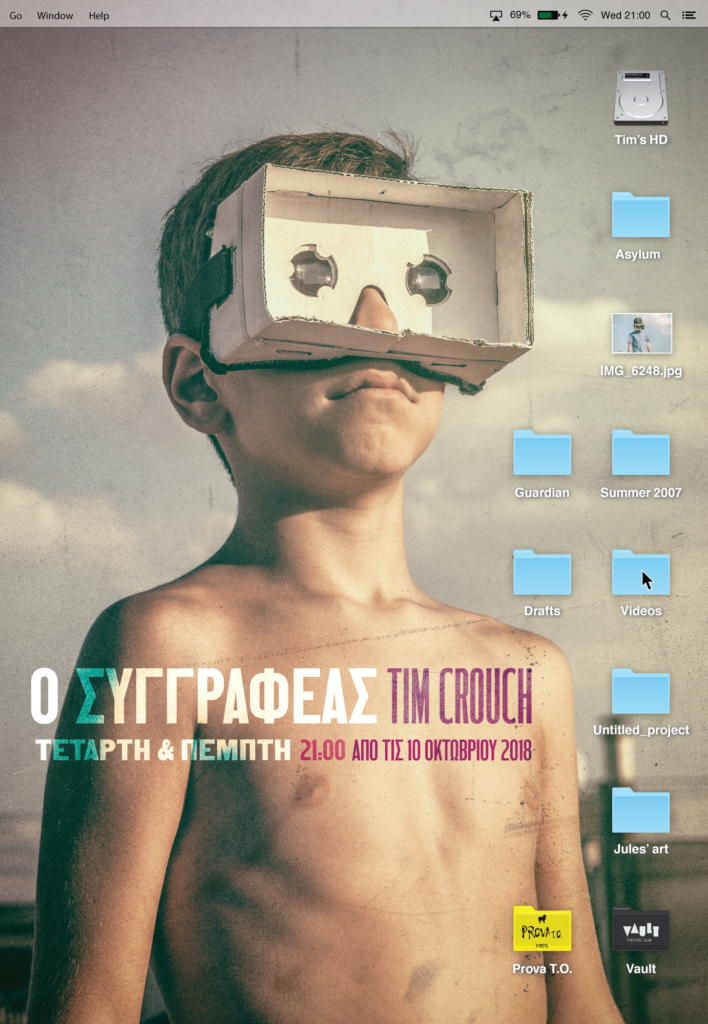