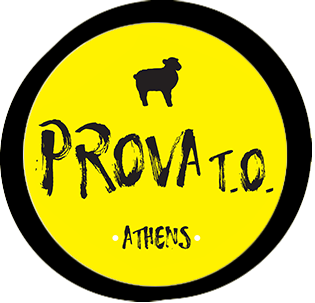 Prova T.O. (Prova Theatre Organization) is an artistic group that was created in 2013 in Athens and since November 2019 it operates as an NGO. The people behind Prova T.O. are the director Vangelis Laskaris and the actress - teacher Vasiliki Dracopoulou.

In Prova T.O. through our artistic action, we create, tell and present stories about how people live today and how their attitudes and relationships are shaped. In Prova T.O. we believe that our work is an act of politics and of course an act of responsibility towards the public but mainly towards ourselves. We do not believe in a strict approach to a particular method in terms of how we make art. Instead, we are drawing on the influences of our predecessors and all the people we work with. We analyse, experiment and compose. We create our own method, our own way of approaching our culture and our world today.

Since its inception, Prova T.O. has collaborated on a permanent basis with the Vault Theatre where most of its productions were performed. Prova T.O. performed also at the Municipal Theatre of Piraeus, the Argo Theatre, the Angelon Vima Theatre, as well as in theatres in Patras, Larissa, Karditsa, Preveza, Ioannina, Chania and Aegio. In October 2017 Prova T.O. travelled to Germany for a seminar at the Schaubühne Berlin.

In addition, Prova T.O. has completed the production of two documentaries and also emphasizes on artistic education. It is in this context that THEATRE STUDIO by Prova T.O. Athens and CINEMA LAB by Prova T.O. Athens, operate. Apart from our artistic activities we manage and carry out the public relations and communication of our activities through our team B.B.C. (Biri Biri Comunication).

Since its establishment Prova T.O. has been working on a permanent basis with the Vault Theatre, from 2020 with the organisation for people with disabilities called "With Other Eyes" improving the practices of inclusion, accessibility and visibility of people with disabilities in cultural events. Prova T.O. also works from 2021 with the cultural club "PAS Antikas" and the organisation “Black Box” in Xanthi. 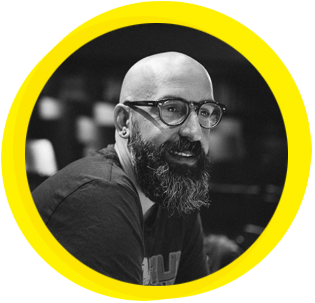 Vaggelis Laskaris was born in Montreal, Canada, and lives in Athens, Greece. He is a permanent associate of the Vault Theatre and founder of the artistic group ProvaT.O. Athens (Prova Theatre Organization). He studied Theatre at the Higher Drama School of Petra, he is a sociologist, graduated with honors degree from Panteion University of Social and Political Sciences with a scholarship, and holds a master's degree in Economics from the University of Kentucky.

His theatre directing credits include: "Jack and Jill, a Romance" by Jane Martin, "Nord-Ost, Days are Forgotten" by Torsten Buchsteiner, "Mr. Kolpert" by David Gieselmann, "The Four Squares" by Artemis Moustaklidou, "Frozen" by Bryony Lavery, "A Bee in August" by Thodoris Atheridis, "Martyr" by Marius von Mayenburg, "Hunger" by Charalambos Giannou, "The Author" by Tim Crouch, "Idiots" by Lars von Trier, "The Prudes" by Anthony Neilson, "The Mother of Him" by Kiki Mavridou.

As an assistant director he has worked in the theatre productions "Marvin's room" by Scott McPherson, "Little Murder Stories" by Panagiotis Bratakos and "Women's Stories" by Giorgis Massaveta, directed by Dimitris Karatzias.

In cinema, he has directed with Iris Katsoula the documentaries "Wind Parks. Project Xanthi. The case of Livaditis", "I belong" and as an actor he has taken part in the short film "Ballerinas don't eat" by Grigoropoulou - Katsoula, in the documentary "FASCISM S.A." by Aris Hadjistefanou and in the TV show "Ellinofrenia".

He has participated with ProvaT.O. Athens in workshops of Schaubuhne Berlin and was a lecturer in the three-month programme of theatre education of the Municipal Theatre of Piraeus "The Dynamics of Greek Speech in Theatre". He is a founding member of the association of performing arts performers "Under the Scene" and a member of the "Society of Greek Directors". 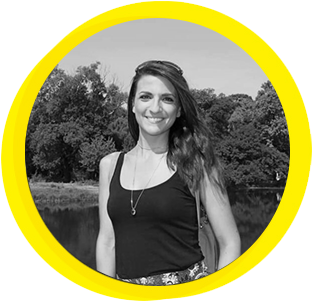 Vasiliki Drakopoulou was born and raised in Athens. She studied Mathematics at the University of Patras, specializing in Statistics and Operations Research and Theatre at the "Higher School of Dramatic Art - Tranga". She has received further education at the Kapodistrian University of Athens and Aegean University in the fields of Special Education and Learning Difficulties, Child and Adolescent Psychology. Lastly she was educated in Theatre Education, as artistic creation and pedagogical tool, as a scientific field of research and applied performing arts in school and extracurricular education.

She has taken part in a Laban System Workshop on the actor's acting art by Dr. Kiki Selioni, as well as in a workshop of the Schaubühne Berlin Theatre, with the PROVA T.O. Athens group.